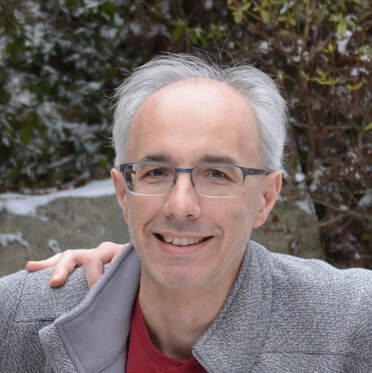 Tom was born February 24, 1965 in Millersburg, Ohio to Oscar and Elizabeth (Bixel) Miller and grew up in Berlin, Ohio.

On December 31, 1988 he married Crystal Richard in Bluffton, Ohio.  She survives along with a daughter Alyssa Miller, a son Phillip Miller and a sister Kathy Fenton-Miller of Marcellus, Michigan.   He was preceded in death by his father Oscar Miller, mother Elizabeth Jeschke and a brother James Miller.
Tom was a graduate of Hiland Highschool in Millersburg, Ohio , Goshen College in Goshen, Indiana and then in 1995 earned a Ph.D. in Physics from Purdue University, in West Lafayette, IN.

Tom was interested in science, computers, science fiction and games from an early age and was one of the first people in his county to own a home computer.  After graduation from Purdue University, Tom took his first full time job at Keithley Instruments in Solon, Ohio where he was part of a team that commercialized new technology to measure the quality of thin films that are grown during the process of making semi-conductor chips.  Five years later, the project was sold to KLA Tencor in California so Tom and Crystal moved to Sunnyvale, California.  Alyssa and Phillip were born during the years in California.

In 2005 Tom accepted a job at FEI in Hillsboro, Oregon.  Tom was employed at FEI which later became Thermo Fisher Scientific for 17 years as principal engineer in Systems design, working on electron microscopes that would be used by the semiconductor industry.  He retired in 2022 due to the loss of the use of his left side from Glioblastoma.
​
Tom enjoyed hiking, spending time with his children, solving mathematic puzzles, juggling, reading science fiction, watching soccer, and playing computer games, tennis, and board games.  He was an active participant at Portland Mennonite Church and had many close friends through the small group that we have been a part of for over 15 years.

Memorial gifts may be directed to Family Promise at FamilyPromise.org (an agency helping families experiencing homelessness) or Mennonite Central Committee at MCC.org (a nonprofit organization that works to provide relief, development, and peace around the world)